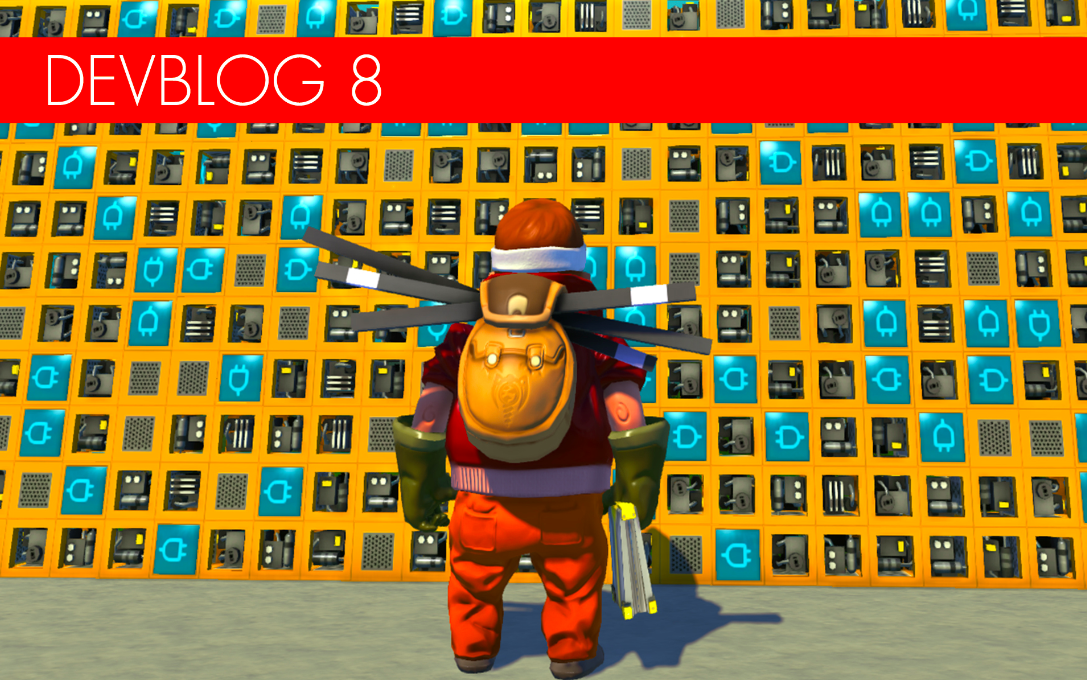 First, thank you! Thank you all - the Mechanics that have been sticking with us since the start and all you new Mechanics. It's pretty awesome to see how quickly the Scrap Mechanic community has grown - you Mechanics are the best game dev fuel ever! We especially hope that you like the Weld Tool that was just recently released - all feedback on that is hugely encouraged, so we can make it as good as possible.

Anyway, another great month has gone by with a lot of great progress here at the Scrap Mechanic HQ so it's finally time to give you Mechanics an update on what we've been cooking! 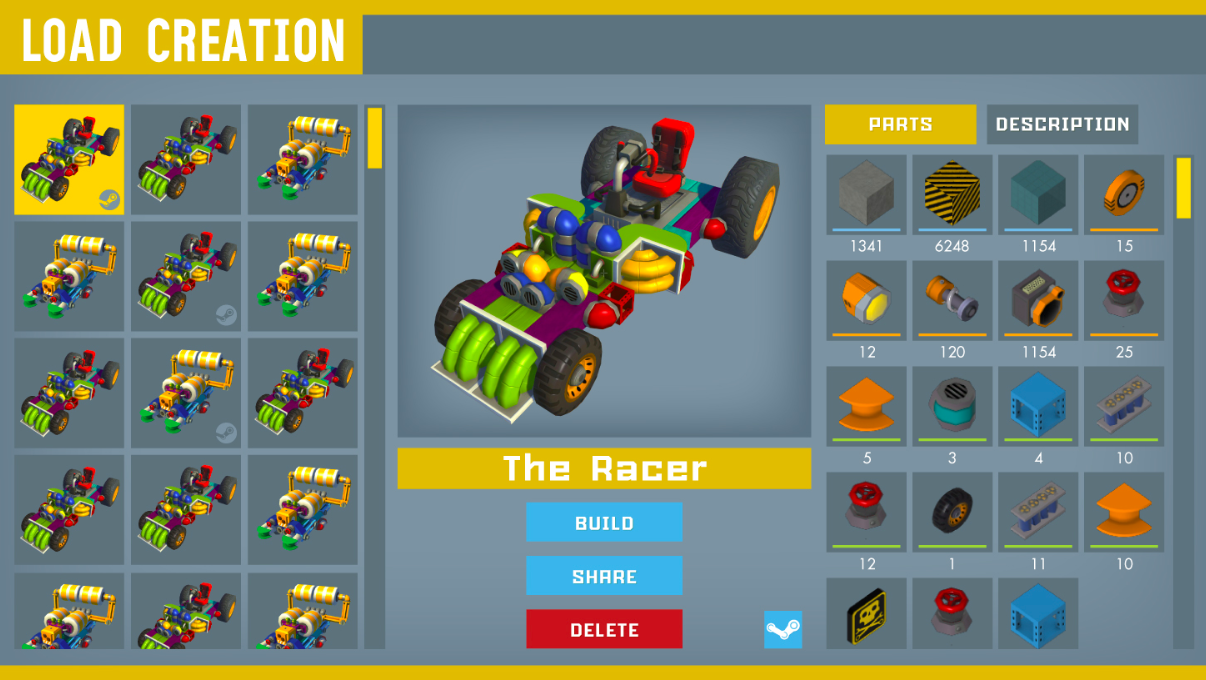 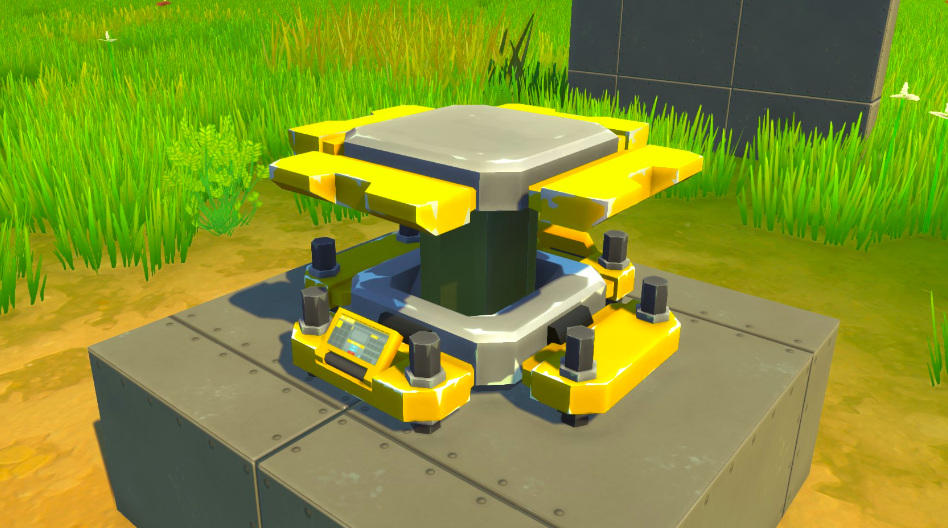 We are happy to see that many Mechanics have requested a way of saving creations so they can be used in different worlds and shared through Steam Workshop. We thought hard about this, and decided that the best way to do it was by adding a feature to the lift. So, this is how it'll work. Pressing E on the lift will open a display that lets you save or load a creation as well as upload it to Steam Workshop. You will also be able to delete anything that is on the lift so you don't have to delete a creation piece by piece. Another useful trick will be that you can see the number and type of pieces making up any creation, so you'll know exactly what parts you need to build your favorite vehicle in Survival mode. We are really excited about this! The lift just got even better! 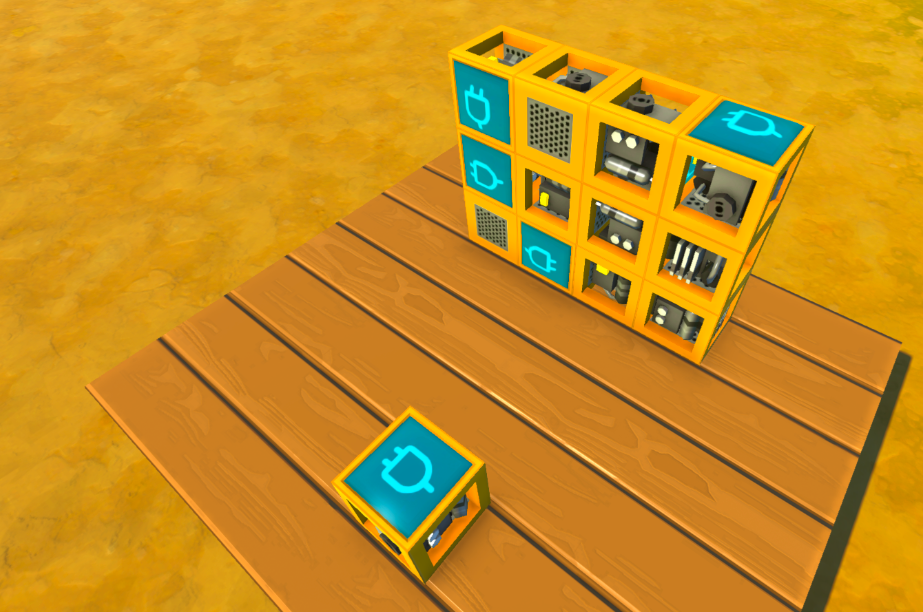 Are you tired of not being able to close a door with two different buttons? Are you bored of running the long way round to open a gate? Have you got stuck in your house? Hey, we've all been there. No worries, the Logic Gate Block is in the works and it's awesome. It will let you easily create everything from simple button setups to some really advanced creations. Here is the first look at the Logic Gate. We want to make sure that it is easy to learn and use before we release this mighty cube.

For all you Mechanics who would love to play the game in your mother tongue, we will soon be adding a few new languages to the game. Some of the languages that will be added are French, Spanish, German, Russian, Chinese and Japanese. If that's not one of yours, don't be shy - let us know what language you would like to see in the game (But no Farmbot language since it's impossible for our fragile human brains to understand.)

Not everything we do is fun. Sometimes you just have to fix things so the game runs better. Scrap Mechanic was originally made with OGRE as the rendering engine. For an open source engine, it's doing a great job. But after making us yell bad words at the screen a few times we decided to make Scrap Mechanic run fully on our own engine. We call this masterpiece... hmm... We don't know yet. Give us some name suggestions! Our engine gives us full control over the graphics optimization, which will save us a lot of time. It will also let the game run on Intel graphics cards like the 530 and 520, which some players have had issues with. 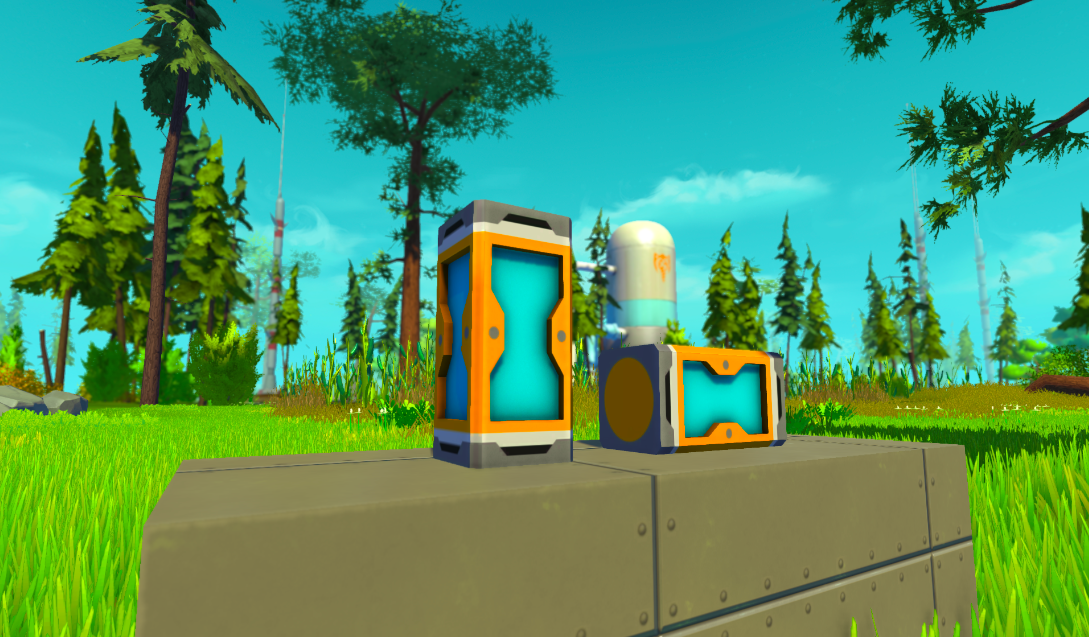 Have you ever wanted to have something activate some time after a sensor has been triggered? The Timer Block will let you decide when something will work, making it possible to make more timed transformations. The timer block will also be very handy together with the logic gate. To be honest, we're expecting you guys to make some really unpleasant traps with this one once Survival is out.

Oh! The cool stuff we are working on right now for the survival mode. It's so cool. It's painful to not be able to show anything yet. But we want it to be a surprise for later. And the Farmbots won't let us. So we are holding on to all this awesomeness. We promise it will be worth the wait! Oh, the Farmbots are letting us say just one thing. The survival mode is being made like a mod from the ground up using Lua language. This is so all you Mechanics with passion and talent for creating stuff can get in there and start modding. It will be awesome! We'll let you know how to get involved with this as soon as possible.

I think that's it from us. Don't worry, we'll be back soon. And, until then, keep scrapping!